topic of the conference:
"Osteopathic traditions as the basis of professional development"

The next international conference

will take place in Saint Petersburg on the 28th - 30th of May 2021; exact dates and venue will be decided at a later stage. 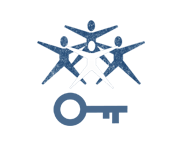